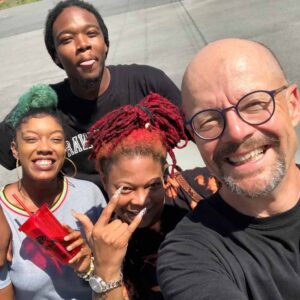 Triangle is helping to drive this project designed to increase diversity and to strengthen the range of ideas being presented to the groups that sponsor these boards. Originating out of a focus group held at Triangle as a part of the Community Foundation of Central Georgia’s “Table” discussions in late 2019, this effort is in process and will hopefully result in much greater minority participation on boards throughout the region. 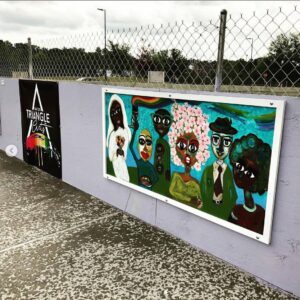 Located in North Macon, this display highlights the work of a number of local artists. During the exhibit, the pieces will be part of an on-line auction hosted by Macon Arts Alliance. At the conclusion of the outdoor show - expected to be in mid-June, the auction results will be finalized and there will be a celebration at Triangle Arts Macon. Sembler is stepping forward to provide assistance to artists in the locations they operate. A test program, if this is successful, we hope to expand this effort to other cities to highlight their local talent and to expand the reach of our own local Macon talent. 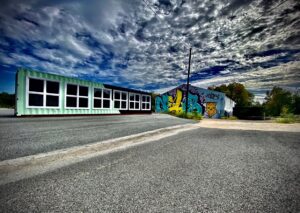 Located in Detroit, and completed through our 4731 Grand River facility, this effort was designed to improve and bring attention to  a one mile section of Grand River Avenue on the near west side of Detroit.  Created by Derek Weaver, 4731’s manager, and Including over 100 street murals, this project captured the imagination of countless travellers and visitors to the city, resulting in numerous articles and photographs. The Detroit Mayor ripped up 24 blight violations the project had received from the building inspectors in the city after touring the site and proclaimed it “the best thing ever to happen to Grand River”. Shortly after, we received a State of Michigan Beautification Award. 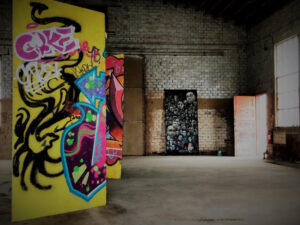 In partnership with Macon Arts Alliance, we are employing artists to paint the entrance to the city near the Martin Luther King Bridge at the site of the current Otis Redding Park.

If you are interested in having your company associated with our creative talent and with the notion of social impact or urban revitalization, give us a call.

This website uses cookies to improve your experience while you navigate through the website. Out of these cookies, the cookies that are categorized as necessary are stored on your browser as they are essential for the working of basic functionalities of the website. We also use third-party cookies that help us analyze and understand how you use this website. These cookies will be stored in your browser only with your consent. You also have the option to opt-out of these cookies. But opting out of some of these cookies may have an effect on your browsing experience.
Necessary Always Enabled
Necessary cookies are absolutely essential for the website to function properly. This category only includes cookies that ensures basic functionalities and security features of the website. These cookies do not store any personal information.
Non-necessary
Any cookies that may not be particularly necessary for the website to function and is used specifically to collect user personal data via analytics, ads, other embedded contents are termed as non-necessary cookies. It is mandatory to procure user consent prior to running these cookies on your website.
SAVE & ACCEPT
Scroll to Top